The revision- or repair works are performed in compliance with the manufacturer’s documentation and our own working procedures; the modernization works on the compressors are carried out according to the projects developed especially to this purpose by specialised companies.

-SERVICE FAUR S.R.L. carries out repairs on sub-assemblies and delivers compressor spare parts according to own documentation or to the customer's documentation.

-The services provided refer to horizontal piston compressors in the range:

- The compressors to which we provide overhaul services, repair works and spare parts can work with a large range of gases such as: air, nitrogen or rare gases, synthesis gas, ammonia, carbon-dioxide, carbon monoxide, gas from oil extraction, pit gas, hydrocarbons, hydrogen, ethylene, natural gas, various gas mixtures as well as hydrogen sulphide or mixtures including hydrogen sulphide. These compressors operate in installations in:

- The gas-engine-compressors to which we provide repair services and spare parts are in the 1000 HP range - 36KVSR type with 6 cylinders and 2000 HP– 410KVSR type with 10 cylinders, used for natural gas transport.

-  Over the past few years, SERVICE FAUR SRL has provided overhauls, repairs and modernization works on process compressors operating in the refineries throughout the country, as follows:

- Contract for maintenance and repairs on dynamic equipment of piston compressors, centrifugal compressors, blowers and turbines during the period 2014 - 2016 at Petrotel-Lukoil Refinery.

- Contract for maintenance and repairs on piston compressors during the period  2011-2013 at Petromidia – ROMPETROL Refinery. 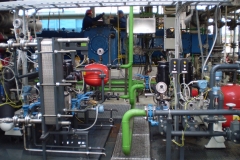 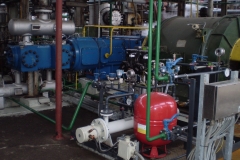 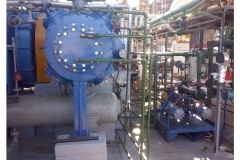 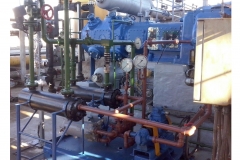 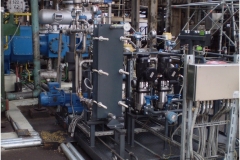 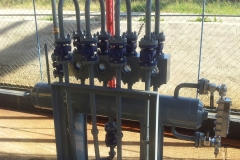 This means that before we send you further offers, special discounts and information to keep you up to date with our products, services and/or campaigns we organize, we must have your explicit consent.

For this purpose, by clicking on the button below, you will find the main elements that we feel useful to know about the subject as "concerned person".